Here we are presenting the collection of Orders, News, Articles regarding the MACP Scheme... 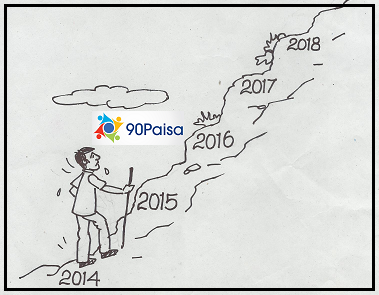 What is the Necessity for MACP to Emulate ACP’s Promotional Hierarchy?

There are no such recommendations in the ACP Scheme (Assured Career Progression Scheme), which was introduced by the 5th CPC. In fact, there was not even a Grade Pay format in its Pay Structure. There was also no usage of ‘Hierarchy’ in it. A lot of confusion was created after the introduction of the Grade Pay Structure by the 6th CPC.

Promotional Hierarchy is based on the pay structure depending upon the employee’s grade and department. Two employees with similar designations and ranks, but in different departments, will notice this difference. This is not applicable to everybody.

On the other hand, Grade Pay Structure is common for all. This is the reason why there are differences between an employee who gets promotions under the regular system and one who gets promotion under MACP. In order to rectify this discrepancy, a number of employees had approached the courts and had succeeded.

This would become clearer with this example:

Let us assume that an LDC employed with a Central Government office under a promotional hierarchy of 1900-2400-4200. Regular Promotion is given on this basis only.

But, the point to be observed here is that it was granted on the basis of Promotional Hierarchy, introduced by the ACP of the 5th CPC.

Let us also look at the explanation given by the Government.
Only those who haven’t received any promotion for 10 years are given promotions or upgradations under MACP.  Pay fixation is done based on 3% increment and the differences between Grade Pay. If the employee gets a regular promotion a month after getting pay fixation, then, the difference in the Grade Pay will be calculated on the basis of his entitlement and given immediately. The intention of the scheme was to remove the anguish of the employees who weren’t given any promotion for more than 10 years.

Read our exclusive articles about Expected DA and 7th CPC...

DID YOU KNOW HOW THE 6TH CPC MULTIPLICATION FACTOR OF 1.86 WAS ARRIVED..?


THE SECOND MEETING OF THE JOINT COMMITTEE ON MACPS HELD ON 15TH SEPTEMBER, 2010
Show me...


RECORD NOTE OF THE SECOND MEETING OF THE JOINT COMMITTEE ON MACPS
Show me...

Extension in the tenure of the National Anomaly Committee

"It has been decided with the approval of the competent authority to extend the tenure of the National Anomaly Committee up to 31st March, 2011..."

Second Meeting of NAC schedule
"The Second Meeting of the National Anomaly Committee is scheduled to be held under the charimanship of Secretary (P) at 10.30 A.M. on Saturday, the 27th March, 2010..."


National Anomaly Committee Meeting Conclusions and Discussions
"Staff Side Leader Mr. M.Raghavaiah has written in his website regarding the second anomaly committee meeting conclusions on important issues and discussions..."

MINUTES OF THE MEETING OF NATIONAL ANOMALY COMMITTEE HELD ON 12TH DECEMBER, 2009
A meeting of the National Anomaly Committee (NAC) was held on 12th December, 2009 in Conference Room No.119, North Block, New Delhi under the Chairmanship of Secretary(Personnel)...

"The Anomaly Committee of the National Council (JCM) consisting of representatives of the Official Side and the Staff Side to settle any anomalies..."

DA Loss in Salary Calculator for the period of January 2020 to June 2021 for Central Government Employees
Additional DA Freeze (Temporarily Suspended) for Central Govt employees for eighteen months between January 2020 and June 2021.
July 2020 DA & January 2021 DA Calculation
The Cabinet Committee already approved to increase 4% additional DA from January 2020 on the basis of Consumer Price Index (CPI). The next installment from July 2020 is expected to increase by 4% additionally. And another installment will also be expected to hike by 4% with effect from 1st January 2021. The below-expected DA list, which is used in our software tool for your information;
Click to Calculate Your Arrears for 18 Months

Dearness Relief (DR) Loss in Pension Calculator for Government Pensioners
After implemented an important order issued by the Finance Ministry under the title of “Freezing of Dearness Allowance and Dearness Relief” on 23rd April 2020, all Central Government pensioners including Railways are wishing to know their total contribution to the Govt.
All Central Government pensioners are paid only 17% Dearness Relief (DR) of basic pension between January 2020 and June 2021. Let us see the loss of the DR month-wise report
Click to Calculate Your Pension Arrears Amount for 18 Moths
Post a Comment
Read more

Revision of time limit for drawal of advance for the purpose of LTC journey by train - Clarification orders issued by Dopt on 13.5.2016

Feedback of MACPJoint Committeemeeting held on 27.7.2012 - NFIR
Meeting of the Joint Committee on MACPs Anomalies
As decided in the National Anomaly Committee Meeting held on 17/07/2012, the DOPT held separate meeting with the Leaders of Staff Side at North Block, New Delhi, Room No. 190 on 27/07/2012. Shri.M.Raghavaiah, General Secretary, NFIR has participated in the meeting.
Discussions were held on following issues:-
1. Grant of MACP in the promotional hierarchy :- The staff side insisted that option be given to individual employees in this regard to facilitate  him/her to opt for availing benefit of financial upgradation. After discussion it was agreed to examine in depth for finding solution.
2. Date of effect of MACP Scheme : The desirability of giving effect to the MACP Scheme w.e. f. 01.01.2006 will be examined.
3. Counting of total temporary status Casual Labour Service reckoning 10/20/30 years under MACP Scheme: Official Side stated that this will be processed separately.
76 comments
Read more

Latest list of Kendriya Vidyalaya Schools in Tamil Nadu / Chennai Region is listed below with the detailed School information. The last given link is provided the respective link of the website and Google Map also...

Confederation Of Central Government Employees & Workers - Press Statement - 90Paisa Nationwide One day protest demonstration. On 22nd May 2020
DATED: 23.05.2020
PRESS STATEMENT ​ ​On call of Central Trade Unions and Confederation of Central Government Employees and Workers, Nationwide One day protest demonstration. On 22nd May 2020 was organised throughout the Country to oppose the policy of govt. to change the labour laws, freezing of DA and DR of employees and pensioners, corporatisation and privatization of Public Sector Enterprises including Ordinance Factories of Defence. ​ ​This program was organised in Allahabad (U.P.) also under leadership of Comrade Subhash Chandra Pandey, Ex. Assistant General Secretary, Confederation and Working President COC UP maintaining all norms and advisories issued by MHA , Health Ministry and DOPT. During demonstration Social Distance was also maintained. ​ ​But it is a matter of great regret that a Police FIR has been lodged at Allahabad against Comrade…
Post a Comment
Read more